A calling from the heart

Fraternity Without Borders was founded after a calling from the heart. Wagner Moura, the founder, and president of FWB, was still a child when he found himself crying over the hunger in the world. That pain accompanied him through his youth and awakened in him the desire of helping those in need. As an adult, he began volunteering in unprivileged areas in his city. However, that was not enough for him, Wagner wanted to do more for humanity, so he decided to go to Africa.

At first, he decided to help Mozambique since it is a Portuguese-speaking country, located in the poorest area of the world, the Sub-Saharan Africa, a region where one million people suffer from hunger and six hundred thousand are orphans. There, he started the Shelter Mozambique project, providing a home for numerous children.

From those early days until today, a series of fortunate events have been leaving the marks of fraternity and love in Africa, helping us build a better world.

Watch the NGO founder and president Wagner Moura's interview, and find out how this story began.

In 2009, listening to his heart’s calling, Wagner Moura traveled to Africa for the first time. He visited orphanages, nursing homes, villages, and met homeless children. In those villages, he came across very sad situations in which orphans where left with no shelter or protection after the passing of their parents due to HIV and malaria. Therefore, Wagner started to think about founding a non-governmental organization to support children in Africa. 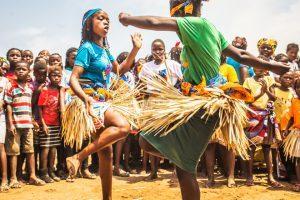 Wagner returns from the trip to Africa, gathers his closest friends and proposes the creation of an NGO. With a group of volunteers, he organizes a charity barbecue to raise capital. The initiative yields R$ 25,000 and, along with his closest friends, Wagner founds Fraternity without Borders

The opening of the first Community Centre

Wagner Moura returned to Mozambique, taking with him the resources from the charity fundraising event. He visited once more the villages and, with the help of some people he was taken to their chief - a spiritual and religious leader of the village to whom it is necessary to ask for permission to do any kind of work with the community. He showed him the project that was created based on 7 years of experience in volunteer work in Brazil and received permission.

In Maputo he bought the tools to build the Center in the villages. He hired local monitors and cooks, empowering them to a fraternal work. Due to the cost, he estimated to shelter 35 children, however, they ended up registering 70 children in urgent need of care. Those children had the necessity and Wagner had faith. With twice the number planned, he opened the first Fraternity Without Borders’ Community Centre in a Chokwe village.

Individuals suggested by locals were hired as monitors that were instructed and empowered according to their abilities and previous experiences. Natural leaders and cooks that had strong cultural African roots and demonstrated talent in singing and dancing were also welcomed to our team. The joy provided by music, body movement and leisure became part of those children’s lives and the model of our programs.

How is it possible to sustain our charity work and create conditions to shelter even more children that were in extreme need of care? The sponsorship idea aroused. The monthly contribution of R$50,00 (US$12,00) guaranteed the enrollment and permanence of one more child in the project, therefore, a new sponsor would allow another child to be helped by FWB. The capital acquired in fundraising events and single donations were destined to buy the resources need to build our reception centers. Our cause gradually touched many hearts and thousands of individuals in Brazil and abroad became sponsors.

Years later, in 2017, a needed decision was made: the sponsorship system was not about sponsoring a specific child anymore, but the entire project. That change was necessary because the number of children enrolling in the project became greater than our capacity of building and equipping new community centers. As a result of that change, we launched Estrutural Moçambique (Mozambique Structural) and the contribution of new sponsors was destined to building kitchens, bathrooms and rooms for pedagogical activities. The success of all projects is directly linked to the sponsorship system.

Years after the beginning of our project, a new challenge aroused as we faced the fact that the first children sheltered were already young adults and had different needs and demands. In the villages, they were only able to study until the sixth grade, because higher levels of education were only offered in the city. With no money for transportation and school supply, the majority of them ended up quitting school.

It was necessary to create new ways of working to support and guide them to the future. Therefore, we created the Youth Project (Projeto Jovem) in which the sponsors would guarantee these young adults to continue their education and offering them the opportunity of having a profession. Education gave these adolescents self-esteem and confidence to inspire others in their community to follow the same path, keeping the hope of change more alive than ever.

The fraternal movement built a bakery in Muzumuia, where FWB opened the second Community Center. The initiative provided young people the opportunity of making bread at a lower cost, having a profession and improving the welfare of the community.

Artesian water wells were drilled in Mozambican villages. The access to water enabled the practice of sustainable agricultural cultivation allowing the project to be self-sufficient.

Brazilians spread the organization’s message abroad and new volunteers joined the movement. On January 20th, 2017, FWB was registered as Bruederlichkeit ohne Grenzen in Switzerland. In July, our organization officially became Fraternity without Borders in England. The union of volunteers from so many countries only strengthen our movement and assured us that love has no borders.

Treatment for children with Microcephaly

FWB embraced the cause of children that suffer from microcephaly by supporting Adriana Melo’s project, the doctor and researcher responsible for the discovery of the association between Zika virus and Microcephaly.

Fraternity went south of Madagascar and started assisting families that suffered from hunger and thirst, in one of the worst humanitarian crises in the world. They immediately started an emergency humanitarian mission and sheltered thousands of people.

The first Fraternity without Borders Conference was held, with the purpose of strengthening our cause and ties among volunteers that are devoted to building a better world.

The Project “Brazil, a sheltering heart” is launched. Fraternity without Borders builds and keeps a sheltering center in Boa Vista to support Venezuelan families that cross the Brazilian border at a leap of faith and hope to overcome the worst humanitarian crises in their country.

The act "Bottles into the Sea" comes to the end of its pilot phase and Brazilian schools mobilize to provide aid for the construction of classrooms in the villages of Mozambique.

The ideal of sowing the feeling of fraternity and desire of a world without hunger in Brazilian schools deepens and the Promotion of the project grows with plans of expanding throughout the Brazilian territory.

The movement grows and the organization needs an adequate space to assist sponsors, promoters, to locate the gift shop and to manage all humanitarian projects. We therefore invest in the opportunity to purchase our own headquarters, where we also begin to put on small events, such as the launching of new campaigns and meetings for sponsors of the cause.

With open heart and arms, the second FWB Meeting was hosted in Campo Grande, MS, Brazil, with the purpose of speaking about our work of love and fraternity. More than 1,500 volunteers from around the world were gathered for the sake of this beautiful cause.

The fraternity went to Haiti to visit a project created by Jean Inoclair François’, a Haitian refugee that lived and worked in Brazil to send money to his family and 200 children in Haiti. The Fraternity without Borders started to support Jean’s project and assisted in the construction of the school “Escola Gnose of Village Quisqueya Hinche” that has the purpose of providing food and teaching children how to write and read.

Fraternity without Borders partners with new causes in Northeast Brazil: Portraits of Hope and Jardim das Borboletas (Garden of Butterflies). With Portraits of Hope, houses are built for families in the sertão of Northeast Brazil; with Jardim das Borboletas, the treatment of people with a rare and incurable skin disease, epidermolysis bullosa, is funded, as the required care is expensive.

One hundred families in Madagascar, who once lived in small, unstable houses begin to live in the City of Fraternity, conceived and constructed to offer a new life in community, with the incentive of fostering a culture of peace and sustainability. The project, in an area of 45-thousand square meters, includes 100 houses, an artesian well, career-building workshops, and income.

Fraternity in the Street

FWB joins with Clínica da Alma (Clinic of the Soul), in Campo Grande, MS, Brazil, to help to overcome one of the greatest social challenges: substance abuse. The project Fraternity in the Street creates the opportunity for sponsors to strengthen and expand the work of Clínica da Alma, based on discipline, occupational therapy, and spirituality.

The beginning of humanitarian work in the Dzaleka refugee camp, in Dowa, Malawi. The Ubuntu Nation project is born with the dream to introduce to the world a new life model for refugee communities, based on the values of the ancient African philosophy, Ubuntu — “I am because we are.” In an area acquired next to the refugee camp, the construction of the reception center is initiated with space for workshops, a bakery, the drilling of an artesian well, a playground, and classrooms offering studies to 9 thousand children.

Fraternity without Borders (FWB) president, Wagner Moura, received the Prêmio Inspiração (Inspiration Award) on the Globo network show of host Luciano Huck, on 20 April 2019. The award, that was also given to four other recipients, was possible thanks to Wagner’s lifestyle, focused on goodness and the change in the world around him. On this occasion, the story of Fraternity without Borders was told by its founder. From the beginning to the present moment, where the work counts on many hearts willing to beat in rhythm with this cause that dreams of a better world, a world of peace.

The Fraternity without Borders Meeting III, which occurred on the 12th, 13th, and 14th of April 2019, gathered together volunteers, coordinators, collaborators, and friends of the cause in another moment of love and connection at Mineirão Stadium in Belo Horizonte, MG, Brazil. A chain of goodness gathered more than 3 thousand people that connected their hearts to the cause in moments of pure emotion.

In 2009, listening to his heart’s calling, Wagner Moura traveled to Africa for the first time. He visited orphanages, nursing homes, villages, and met homeless children. In those villages, he came across very sad situations in which orphans where left with no shelter or protection after the passing of their parents due to HIV and malaria. Therefore, Wagner started to think about founding a non-governmental organization to support children in Africa.

Fraternity Without Borders (FWB) is a non-governmental organization, we follow the path of solidarity, charity and universal fraternity. We have projects in Brazil, Madagascar, Mozambique and Senegal.